This is your very first post. Click the Edit link to modify or delete it, or start a new post. If you like, use this post to tell readers why you started this blog and what you plan to do with it.

Are you new to blogging, and do you want step-by-step guidance on how to publish and grow your blog? Learn more about our new Blogging for Beginners course and get 50% off through December 10th.

WordPress.com is excited to announce our newest offering: a course just for beginning bloggers where you’ll learn everything you need to know about blogging from the most trusted experts in the industry. We have helped millions of blogs get up and running, we know what works, and we want you to to know everything we know. This course provides all the fundamental skills and inspiration you need to get your blog started, an interactive community forum, and content updated annually.

I’m pleased that I will have a 45 minute time slot to sign and sell The Syrian Peddler at the festival. Thanks to the Texas Writers League for accepting my submission.

It took me nine months to complete my audio book. Here are some steps to think about when planning your Audible.

Interview a narrator, if you, the author, are not going to narrate the book.

Listen carefully to each chapter before approving it.

Plan what music you want between the chapters. Remember that most music is copyrighted, which is why I composed my own on the piano.

Be prepared to work with ACX, the company that uploads books to Audible. You book will go through many quality assurance checks and you may be asked to revise and revise, until they accept the narration. 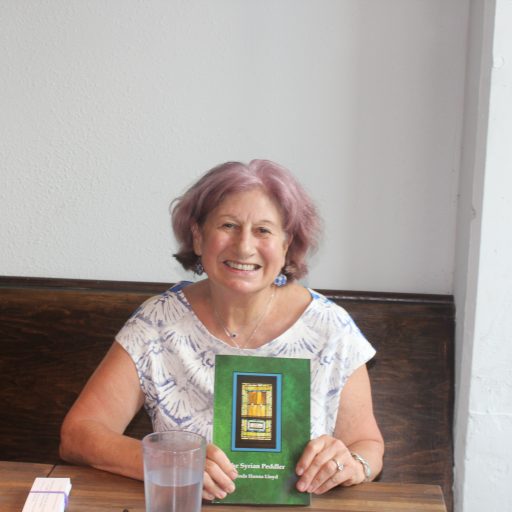 You can now buy the second edition on Amazon. I worked with an expert editor, Robert Tao, of Austin, Texas on revising the book to include the Hanna family names under the photos, a discussion guide, and comments by other authors on the back cover. I know you will enjoy this edition even more than the first one. 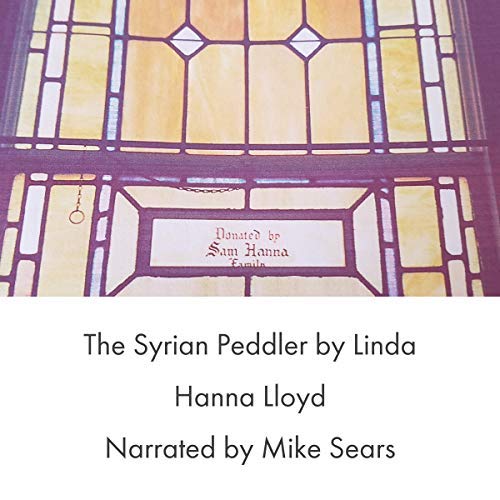 This project was completed in September 2018. The narration is by Austin, Texas Voice-Over Actor, Mike Sears.
The recording was done by an Austin, Texas recording studio, Control Tower Studios.
The piano music was composed and played by Linda Hanna Lloyd.

The Syrian Peddler will be out as an audible book this year. I will keep you posted. It’s serendipity that a neighbor living in my Austin community has a recording studio and another neighbor is a voice-over actor.

Another author in my community and I have started a local authors group to discuss writing, provide support and more.

Here it is already February 2018. My book is now consigned to several independent Austin Bookstores: Malvern Books, Bookwoman, BookPeople, and Half Price Books.

In December I participated in Historical Novel Night at Malvern Books where I read from The Syrian Peddler.

On February 10th I had a book signing at Half Price Books.

This June 2018 The Syrian Peddler will become a book on tape.

Finally, I appreciate all the wonderful reviews the book has received on Amazon, Goodreads, and The Reader’s Guide.

Adriana Trigiani author of The Shoemaker’s Wife and Kiss Carlo

“Linda Hanna Lloyd has written a personal and loving novel based on her family lore in The Syrian Peddler. Linda researched the towns, churches and schools of her youth. She brings them to life, along with the stories that she lived and heard. SaddoIbn Hanna would be proud of this telling, in detail and form, Linda has honored the great legacy of the Syrian people, who came so far and continue to achieve so much in their beloved America.”

The Syrian Peddler Discussion Guide
1. How would you describe Saddo’s feelings as his steamship docked in the New York Harbor? What was the reason Syrians were immigrating to America in the early 1900’s?

2. What was your first impression of Saddo? Do you think his characteristics changed as his name did…He was Saddo, then Samuel, and finally Sam.

3. How would you describe his most endearing qualities?

4. In what way does Saddo’s job on the S.S. Neustria influence his attitudes?

5. Emma and Saddo grew to be friends and confidantes; could they have overcome the cultural differences and wed?

6. What is it about Sam’s letters that connect the story?

7. Did you want Sam to tell Zawhea about his relationship with Emma? If so, why?

8. Samuel assimilates quickly to life in southwestern Pennsylvania, what /who helped him adjust?

9. Little Tony and Sam have a special relationship. What did you learn about Sam through their friendship?

10. Mary Benko had eleven children and a farm to care for yet she welcomed Sam and Anna into her home. In what ways was she helpful to them, Did you view her in a mothering role?

11. How does Sam show his desire to achieve success?

13. How does the robbery influence Sam’s business decisions? Could he have handled his anger differently?

14. How would you best describe life in New Salem? Do you think Sam would have been as content there if he hadn’t become close to John Nazzif? In what ways does John help Sam?

15. In what way did leaving her babies in Syria affect Zawhea? How could she have convinced Sam to bring them over sooner? Did Martha ever forgive her mother for leaving her?

16. What changes did you observe in Sam and Anna as they matured in their marriage? What qualities do they each have to balance their business and family

17. Could Sam and Anna do more to encourage their daughters as opposed to their sons? In what ways?

18. As the story ends, were you left wanting to know more about Emma, Anna, and Amina?

My grandfather, Sam Hanna, loved cars. I remember visiting his home when there were at least two cars in his garage. He wanted one of his sons to be a mechanic or work with cars in some sort.

Sam’s oldest son, John, loved cars in the same way. At least that is what I’ve learned from my cousins.

When Sam bought his first car in The Syrian Peddler, it was a Ford Model F.

July 1903, Ford company sold its first car, a two-cylinder Model A. In 1904, the same car had a more powerful engine and was sold as Model AC.

The Ford Model F was a development of the Model A and Model C, but was larger, more modern. Production started in 1905 and ended in 1906 after about 1,000 were made. It had four seats with running boards and a side-entrance.

The Ford Model F was the Ford to buy in 1905…Sam, infatuated with the Ford, was ready to buy his first automobile.

This is a text widget. The Text Widget allows you to add text or HTML to your sidebar. You can use a text widget to display text, links, images, HTML, or a combination of these. Edit them in the Widget section of the Customizer.
Linda Hanna Lloyd
Website Built with WordPress.com.